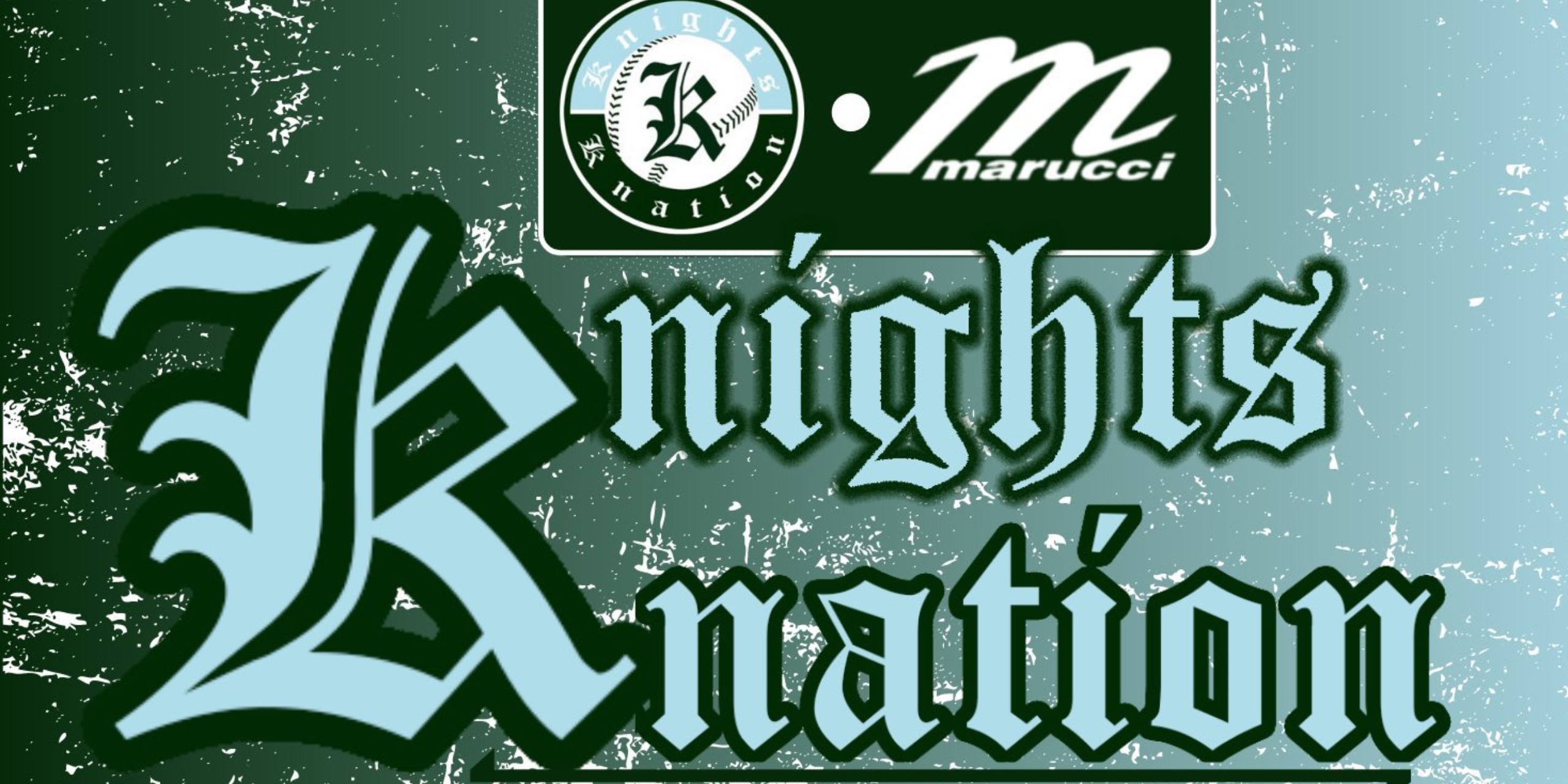 Based in Mandeville, Louisiana, Knights Knation is one of the most respected travel baseball programs in the South. Players from all over the Gulf South region have enjoyed high levels of success with the Knights, and several hundred of their players have moved on to have successful college baseball and professional baseball careers. The Knights mission is putting players first by providing their athletes with the resources, coaching, and technology to achieve their personal goals and produce on the ball field.

The Knights Knation organization was formed in 2007 by Jack Cressend under the name "Louisiana Knights". Jack was a former Tulane baseball player and was signed by the Boston Red Sox in 1996; he played 10 years professionally, making his MLB debut for the Minnesota Twins in 2002. Upon retirement, Jack returned to Tulane in 2007 to finish his degree where he was approached by a parent to coach a summer travel baseball team. From there, the Louisiana Knights was founded and since has expanded to 5 states and rebranded into what's now called 'Knights Knation' after 13 years of continual growth and success.

Knights Knation is located all across the Gulf South. With their home base and operations primarily in Louisiana, the Knights have showcase baseball teams in Louisiana, Mississippi, Alabama, Florida, and parts of Texas ranging from 7u-18u. "As we've grown into MS, AL, FL, TX," Jack explains, "we felt like rebranding to Knights Knation accurately reflected where we are today as a travel baseball program. The growth into these areas have been built by relationships with people wanting to be a part of what we're doing, and we realized the impact we've had together as a group has ultimately been what has driven our growth." The Knights have also built relationships with area high school baseball teams in Louisiana, creating the LAK Program to partner with Mandeville, Barbe, Catholic-BR, Teurlings Catholic, Brother Martin, and Live Oak for their schools to provide a summer program to their players to play in scouted travel baseball tournaments. 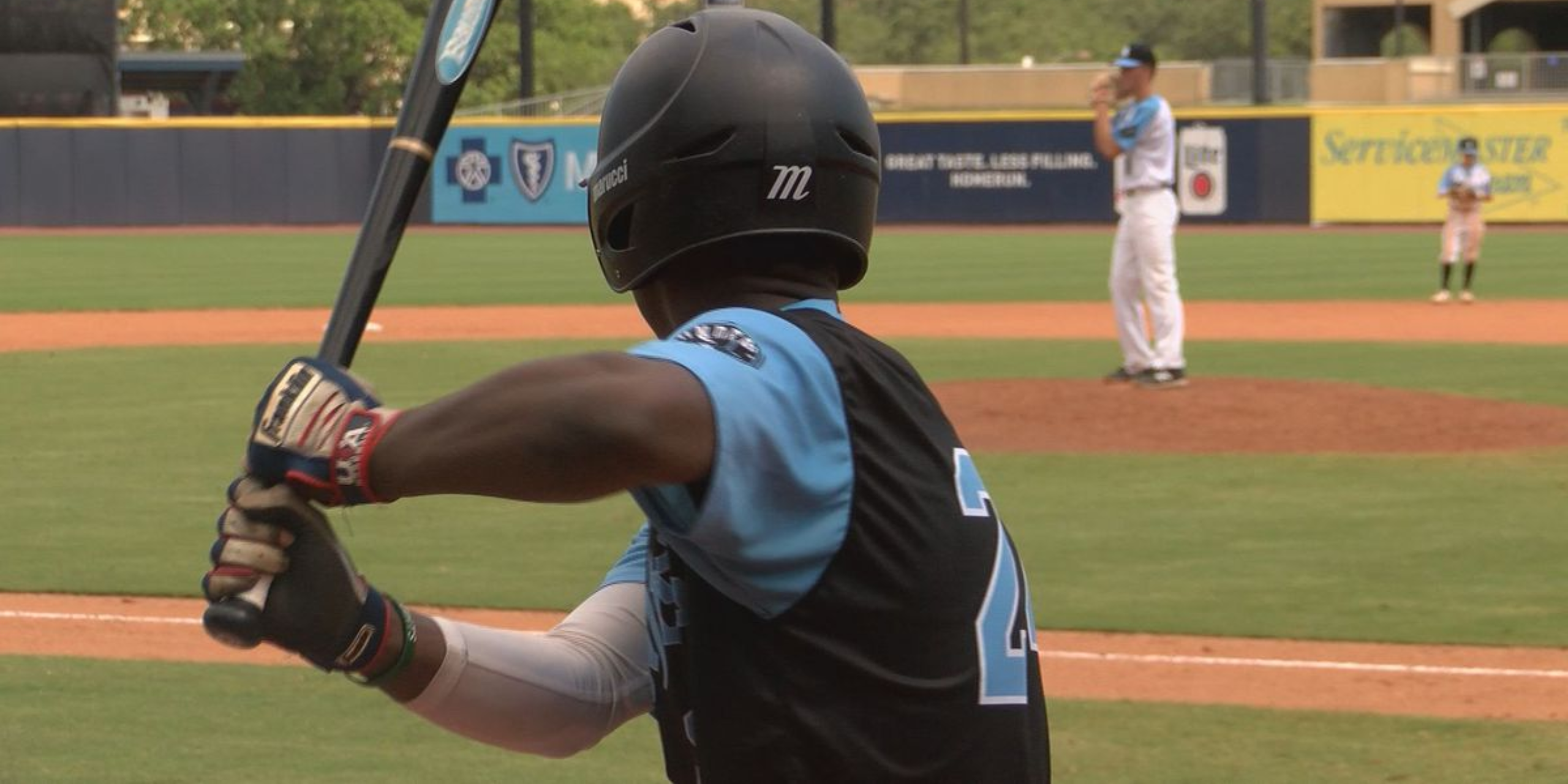 It all starts with the people. The Knights have built relationships and a baseball network across the southeast and the entire country. People know and recognize the name and logo for their on-field talent at showcase baseball tournaments and well-represented program off the field. "Because we have outstanding people in our organization, we are able to attract outstanding players and families to our program." The Knights have done just that with building a national brand in amateur baseball tournaments.

Knights Knation's core principle is players come first, and the decisions they make as a program come with that in mind. That mindset has brought along the #ProtectOurPlayers initiative starting in 2021. Jeff Winchester, the Director of Sports Performance for Knights Knation, will be in charge of Mobility and Movement Screening for players throughout the year. These screening will track players' measurements and progress over the travel baseball season as well as addressing any deficiencies and providing the correct protocols to help. The Knights also have strict protocols for pitch counts and rest days during the summer baseball season as well as during the off season. "We've chosen as a program to do more for our players. We want to invest in them, and we are constantly looking for ways to improve what we can do for our guys."

WATCH VIDEO TO LEARN MORE ABOUT THE #PROTECTOURPLAYERS INITIATIVE: The success seen of these efforts of putting players first has paid off: the Knights have had 575+ players from their organization move on to play at the next level since 2007. This success has created a brotherhood among players and alumni which can be attributed to the Knights expansion and continual success. The acronym #4L -- meaning "Be a Knight 4 Life" -- is seen all across players' social media platforms as well as quoted by coaches, parents, and alumni. The concept is real within the program with many former players returning to coach summer travel baseball teams and an Alumni Group formed to make decisions and give back to the program. "Our approach is not just the next season. We want relationships with players and family to last forever (#4L). The players inside our program understand that, and the families outside see that too." The #4L slogan is just another reason showing how Knights Knation put players first above everything else.

RELATED ARTICLE: How to Make a Baseball Twitter Recruiting Profile

The Knights had an outstanding 2020 season, dominating the field at both the youth and high school level. With the LA Knights and its affiliates posting a 144-54-21 record in 2Dsports High School showcase tournaments, they are looking to build onto an even bigger and better 2021!

Season Recap - @LouisianaKnight
LA Knights and affiliates go an outstanding 144-54-21 on the year lead by: 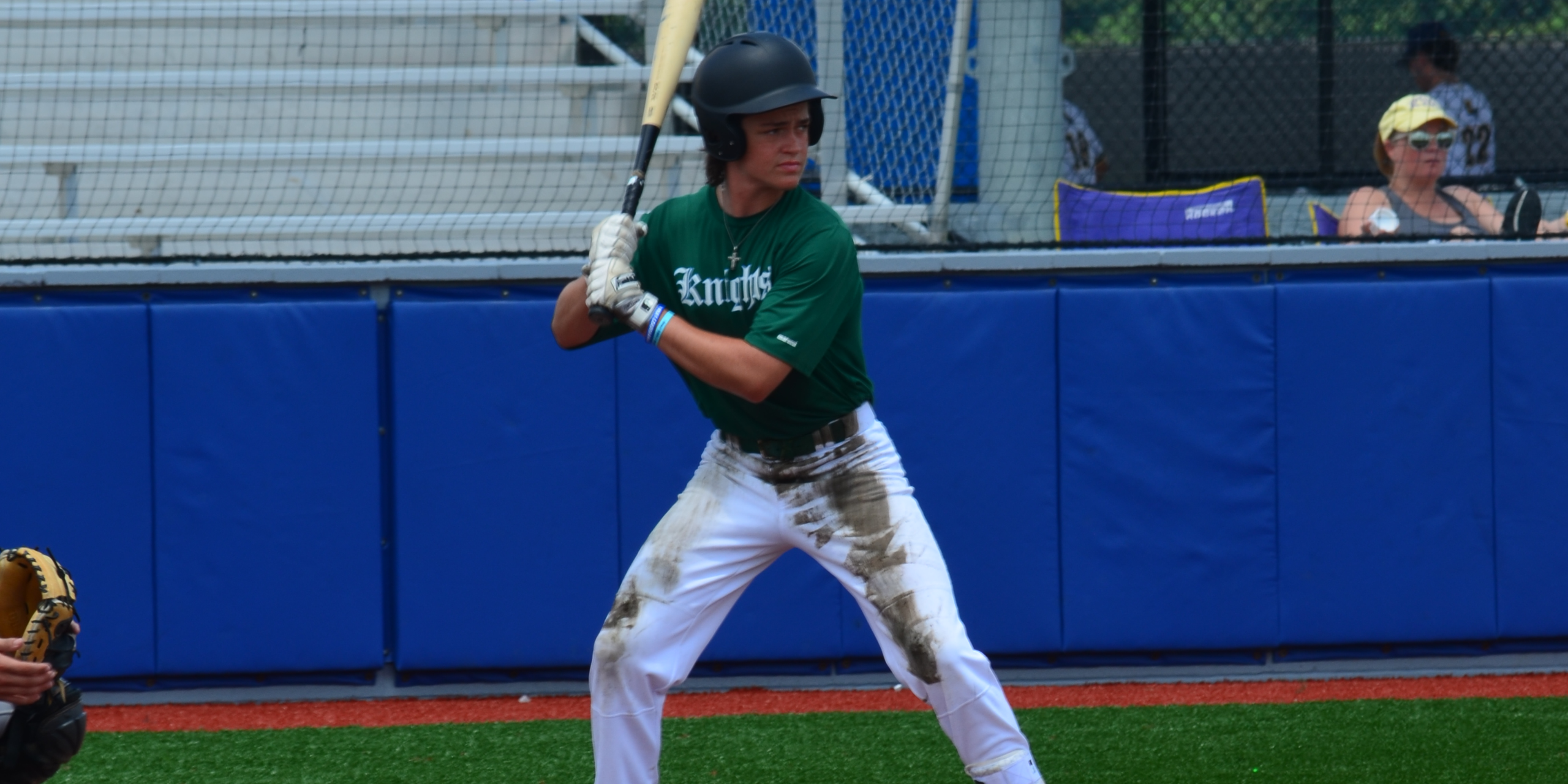 Not only do the Knights produce quality players on the field, but they are also creating young men to achieve in the game of life. Recently, Knights Knation partnered with Famcore Foundations to create the "Knights in Action" initiative to give back to the community. All 12 youth travel baseball teams across the region will do a community service project within their communities, and high school travel baseball teams will serve within their areas. Over the Christmas holiday, the Knights were able to feed 45 families in the community and give back to those in need. "It's a life mission as a program to use our platform to serve others. It powerful, and it's something we want our players to understand. We as a program together are able to do big things by reaching the community around us."

Knights Knation continues to see vast success year after year, and they are marking their name in the travel baseball world. We look forward to covering the Knights Knation program and players throughout the upcoming year with 2Dsports Player Coverage.

If you are a college coach, you can login or create a FREE Scout Log In Account below, and access players profiles, player highlight videos, and player coverage sent weekly starting in 2021.

The Stars Shined at the 2022 All-Star Games! 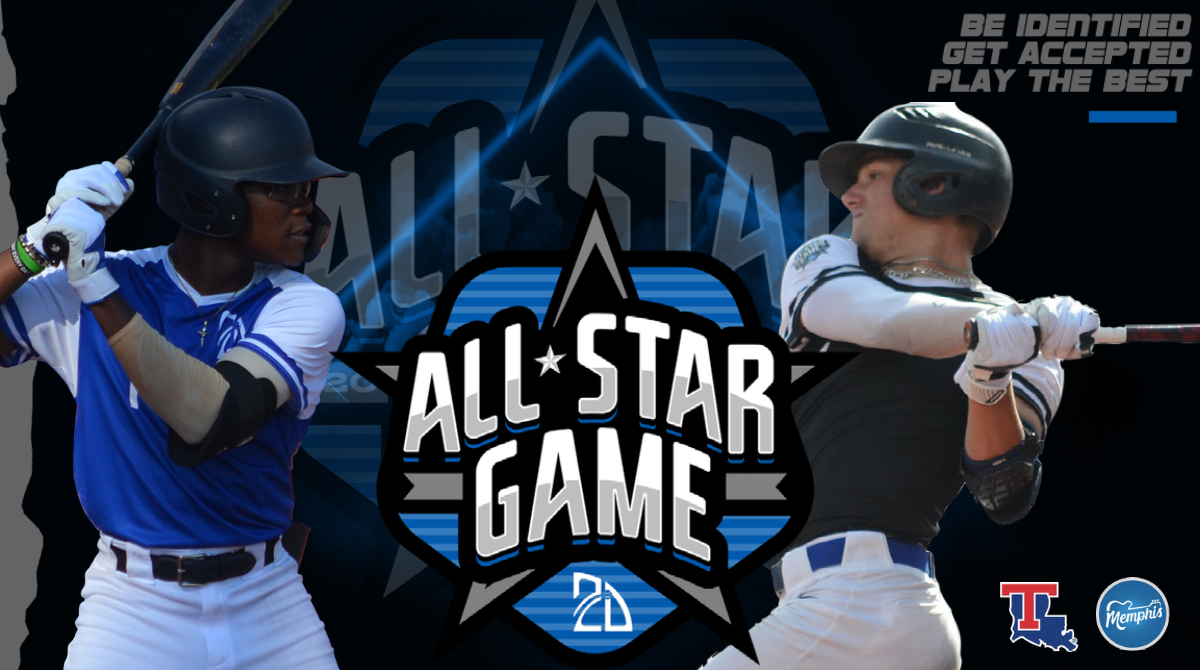 Where Does Your Team... 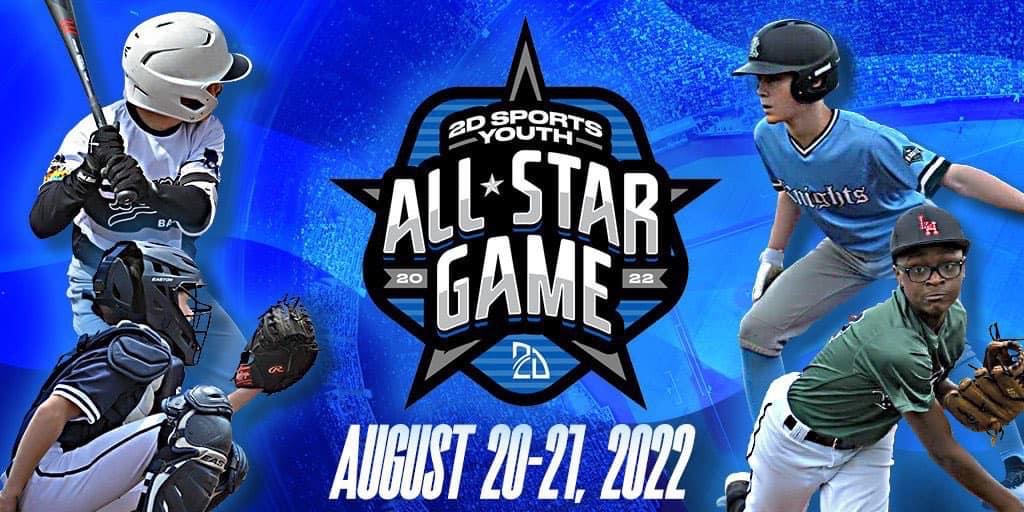 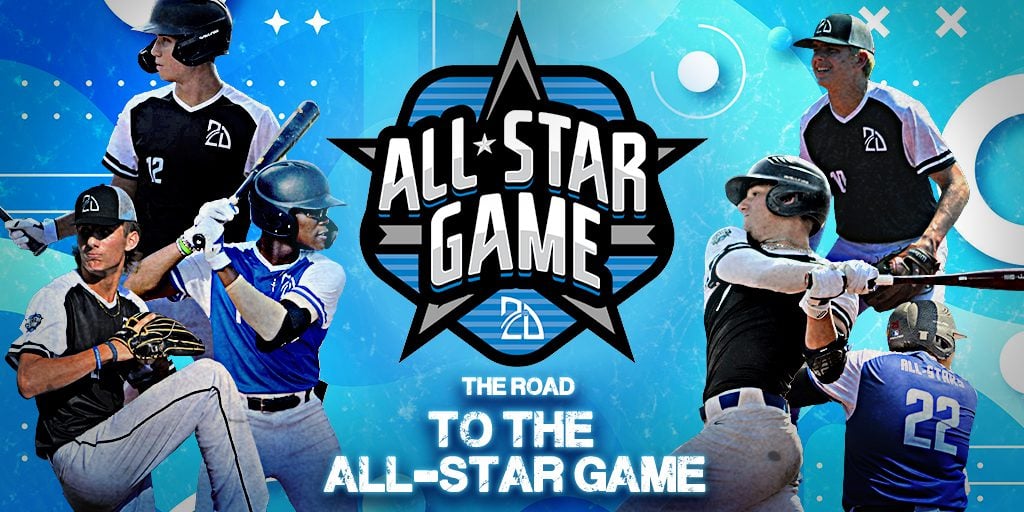